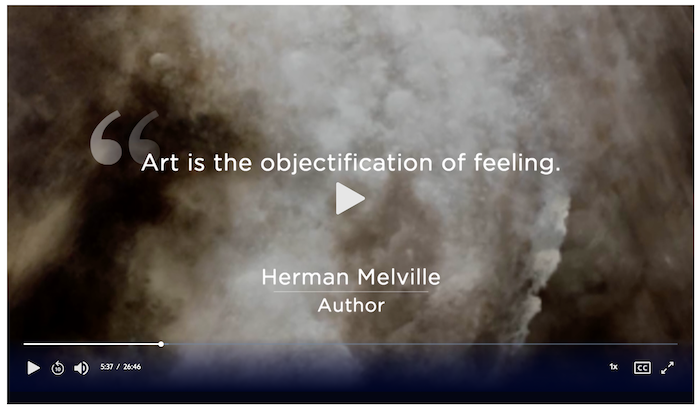 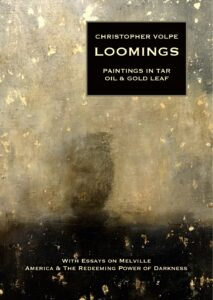 A 48-page paperback book combining reproductions of paintings in Loomings with quotes from Moby-Dick. Contains two brief pieces of writing detailing the genesis of the work and thoughts on making art in difficult times. $18. (+$2 shipping) PayPal or Email chris@christophervolpe.com to purchase a copy.

You can download a free e-book (PDF) edition here.

LOOMINGS is named after the first chapter of Moby-Dick, and several titles reference quotations from the novel. On one level I hope the series evokes what Herman Melville saw prophetically in the 1850’s: American industrial history as a never-ending pursuit of wealth and the domination of ‘savage’ nature, even at our own expense.

However, the works are not intended to be narrative or to illustrate events in Melville’s novel. The paintings, like the book, are for me largely about the confrontation of our own ignorance, our melancholy quest for knowledge, reality, and enlightenment in an unknowable universe.

Influences for the series include Melville, Turner, Ryder, Pollock, Kline, and to a lesser extent Anselm Keifer. The paintings came about as I was rereading Moby-Dick, which I’ve come to see as a vast, American prose poem epic containing the history and future of America and the entire cosmos.

These paintings incorporate the primordial material of tar as their medium. The tar comes in for its deep, metallic black color, its aqueous quality, its earthy sepia tones when thinned, and its resonance for our moment in history. America’s global industrial dominance began with the Quaker whaling ships; petroleum (oil) is the successor to whale oil, which literally fueled the industrial revolution, lit the night, and greased the machinery for the rise of what Melville, already in 1851, called “the all-grasping Western world.”

As Melville does in Moby-Dick, the paintings consider the “oceanic feeling” in terms of humanity’s problematic longing to transcend or at least make peace with nature even while encroaching upon it. They’re also about what Melville refers to as “the inscrutable,” that is, the problem of representing reality itself (“The inscrutable is chiefly that I hate,” says Ahab).

Although my painting has always had roots in the landscape (or sea-scape), these works allow me to grapple explicitly with painting’s basic task of pushing the material to represent the immaterial. They bring a lot of things together for me, referencing what I’ve long felt is our culture’s haunted and complex relationship with nature and history by synthesizing contemporary visual and literary symbolism from resonant works of art and literature of the past.

After 150 additional years of oil-driven industrialization, humanity continues to exploit nature without adequately understanding our place within it or even our own history. We’re still tempting Ahab’s unknowable gods and flouting signs and portents of extinction.