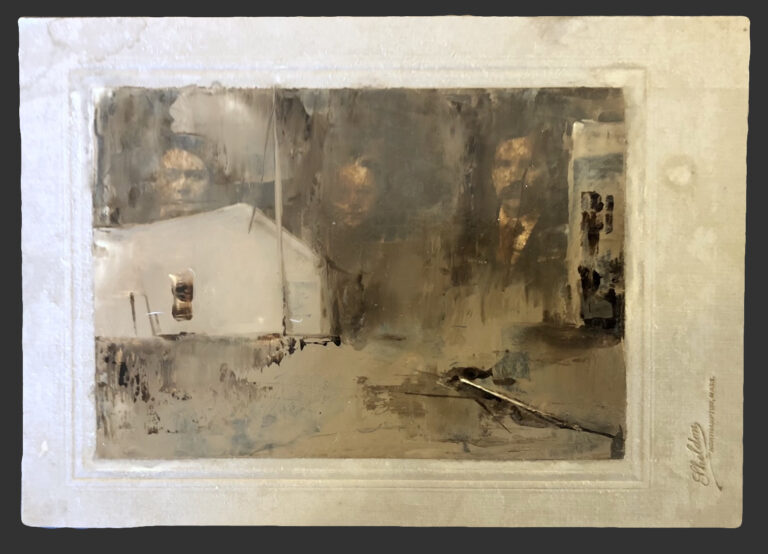 I think of them as postcards from the future as it passes.

These “Keepsakes” are painted with tar and oil on treated paper utilizing repurposed Victorian photo cards and daguerreotype frames.

I hope the material and format help slow down the viewer and engage attention – the opposite of a digital image. The paintings (often painstakingly handmade, sometimes with a single brush-bristle) are either affixed to 19th century photo cards or encased in antique wood-and-metal enclosures originally designed as much to protect the print as to honor the subject of the image.

The Victorian portrait goes back to the origins of photography. For the people who saved these picture-objects from being lost to time, these were tiny treasure-boxes housing a single precious image, often of a departed loved one. Designed to be displayed on a mantle or sheltered in a purse, vest, or inside jacket pocket, these “remembrancers” fought against forgetfulness, entropy, and oblivion by keeping the subject close in heart and mind. Inherent in this work is a deliberate telescoping of time. In Uninhabitable Earth: Life After Warming, author David Wallace-Wells writes:

“Humans used to watch the weather to prophesy the future; going forward, we will see in its wrath the vengeance of the past. Early naturalists talked often about “deep time” — the perception they had, contemplating the grandeur of this valley or that rock basin, of the profound slowness of nature. What lies in store for us is more like what the Victorian anthropologists identified as “dreamtime,” or “everywhen”: the semi-mythical experience, described by Aboriginal Australians, of encountering, in the present moment, an out-of-time past, when ancestors, heroes, and demigods crowded an epic stage. You can find it already watching footage of an iceberg collapsing into the sea — a feeling of history happening all at once.”

The medium – liquid coal tar – lends itself to this project in several ways. As a material, its metallic blacks can be blent with white oil paint and thinned to form chilly tintype grays or warm sepia tones that naturally suggest 19th century photography. The tar is stabilized through a drying and curing process developed and refined through several years of trial and error.

As a byproduct of fossil fuel production, tar speaks to the root causes of the human-caused extreme environmental events the viewer is asked to look at, think about, and remember. 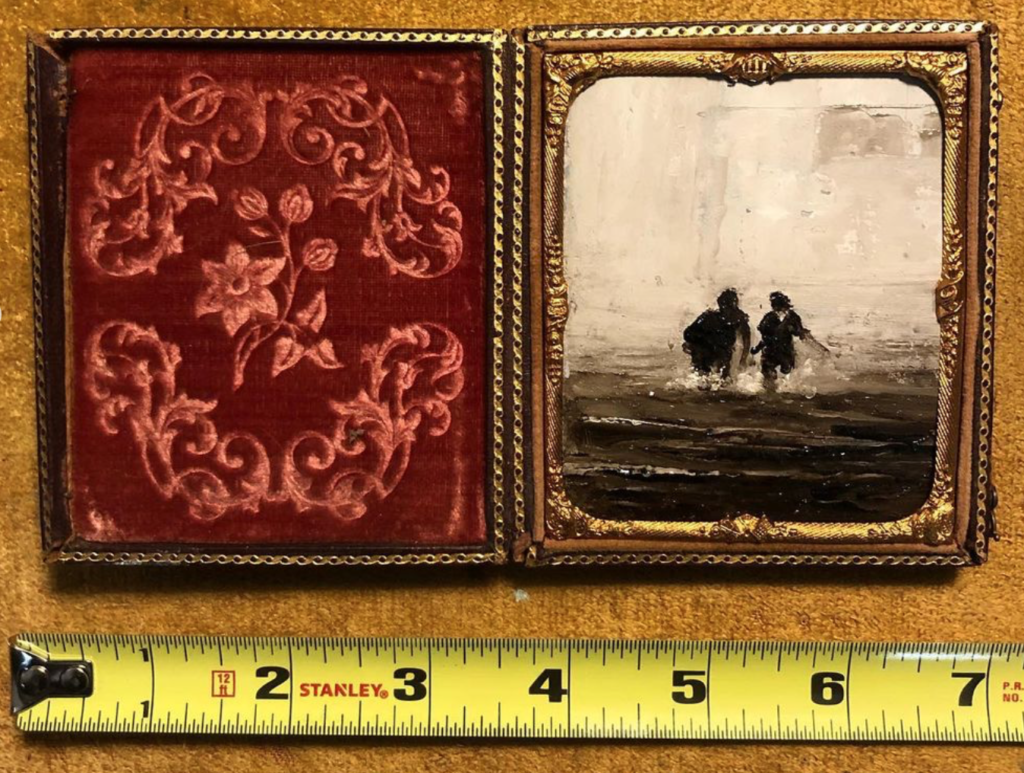 Click for full images (these below are cropped thumbnails).