“Christopher Volpe’s paintings are stark conduits of the inherent oppositions between human beings and the natural world.” –Art New England

What does it mean to be a painter in the 21st century? To me, what’s worth painting now is work that is aware of our moment, paintings that transcend location to open a space for our troubled relationship to our own history and to the natural world. The paintings that I love and aspire to create are those that turn the pain and confusion of being human into beauty that is not a forgetting but an embrace, beauty that doesn’t deny the darkness or sugarcoat reality, yet insists on a lyrical engagement, not just with the world around us, but with the deeper mysteries of the human heart.

I taught college English and art history for several years before becoming fascinated by American painting. Although I was focused on American poetry for many years, painting has now replaced poetry as my preferred medium for conveying strongly felt experiences of reality. At the core of my practice is a contemporary tonalist approach that embraces the expressivity of the materials. Increasingly I’ve been channeling this basic orientation into contemporary idioms that I’m discovering through experimentation and ever-deeper forays into the history of art.

I grew up spending much of my time alone (by choice) on the north shore of Long Island, and a feeling for the dissolution of inhabitable earth in water and expansive skies often emerges in my painting. However, I am most interested in painting as a visual language to express ideas and internal states of consciousness. I’m attracted to what Clement Greenberg called the “American chiaroscuro” of the New England writers and artists: Albert Pinkham Ryder, Hawthorne, Melville and Poe, whose works speak to me about our culture’s haunted and complex relationships with nature, history, and ourselves.

I paint from imagination, photograph references, and from life, the latter of which enables me to absorb sensations and visual vocabularies based on experience that later in the studio I can draw on with greater freedom of conception and expression. Most of my paintings comprise a combination of painting knife and brush work.

“Art does not render the visible, but makes visible.” – Albert Pinkham Ryder

“Even sight heightened to become all-seeing

will do you no good without a sense of taking part.” – from Conversation with a Stone, WisŁawa Szymborska

Teaching paining to others, outdoors and in the studio, helps me to process and integrate and articulate these ideas and practices. I teach studio and plein-air workshops and classes from my studio in Lowell, Mass (Western Avenue Studios, #521) and write for several arts and humanities blogs and magazines including Art New England and American Art Revew. 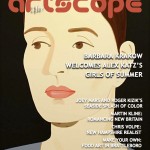 Read a feature on my work in artscope magazine.

Christopher Volpe paints at the border of representation and abstraction. Though rooted in landscape, his atmospheric paintings combine the traditional and the contemporary to express intangible feelings and ideas.

Having earned a graduate degree in poetry from the University of New Hampshire, he wrote professionally and taught American literature, writing, and art history until discovering and embracing painting for its immediate potential to express deeply embedded individual and universal experiences of reality. Christopher exhibits his work in galleries, alternative art spaces, and museums throughout the northeast. He has been featured in Artscope magazine and Art New England and has received grants and awards from MassMoCA, the St. Botolph Club Foundation, and the New Hampshire State Council on the Arts. He teaches classes and workshops out of his studio in Lowell, Mass. and at Montserrat College of Art and Castle Hill Center for the Arts and conducts workshops throughout New England and abroad. Raised in Oyster Bay, Long Island, he now lives with his wife and son in Hollis, New Hampshire.